May 20, 2009
The Washington State housing finance commission just posted this to their site…

Information regarding the $8,000 First-Time Homebuyer Tax Credit
Thank you for visiting the WSHFC website for information regarding the $8,000 First-Time Homebuyer Tax Credit.
Several news sources have indicated that the Washington State Housing Finance Commission is currently administering a Tax Credit bridge loan program for first-time homebuyers in the state of Washington. However, this program is currently in a stage of discussion and development and has not been approved by the IRS and other interested parties. If a first-time homebuyer tax credit bridge loan program is approved in the future the Washington State Housing Finance Commission will issue a press release and provide detailed information on its website. The Commission has no immediate plans to initiate a waitlist or accept reservations for first-time homebuyer Tax Credit loans. 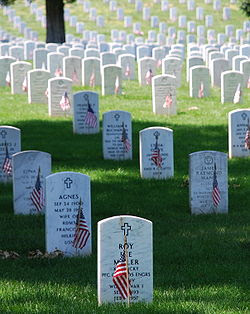 Memorial Day is a United States federal holiday observed on the last Monday of May (on May 25 in 2009). Formerly known as Decoration Day, it commemorates U.S. men and women who died while in the military service. First enacted to honor Union soldiers of the American Civil War (it is celebrated near the day of reunification after the civil war), it was expanded after World War I to include American casualties of any war or military action.

Memorial Day Order
The 30th day of May, 1868, is designated for the purpose of strewing with flowers, or otherwise decorating the graves of comrades who died in defense of their country during the late rebellion, and whose bodies now lie in almost every city, village and hamlet churchyard in the land. In this observance no form or ceremony is prescribed, but Posts and comrades will, in their own way arrange such fitting services and testimonials of respect as circumstances may permit.
Post a Comment
Read more
More posts