Need a positive pump up for the day?!

Did you hear about the extension? 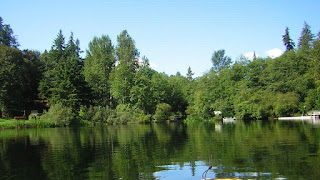 WASHINGTON — The Senate on Wednesday approved a plan to give homebuyers an extra three months to finish qualifying for federal tax incentives that boosted home sales this spring.
The move by Senate Majority Leader Harry Reid would give buyers until Sept. 30 to complete their purchases and qualify for tax credits of up to $8,000. Under the current terms, buyers had until April 30 to get a signed sales contract and until June 30 to complete the sale.
The proposal, approved by a 60-37 vote, would only allow people who already have signed contracts to finish at the later date. About 180,000 homebuyers who already signed purchase agreements would otherwise miss the deadline.
Good news for the buyers that locked their deal in before April 30th!
Post a Comment
Read more
More posts